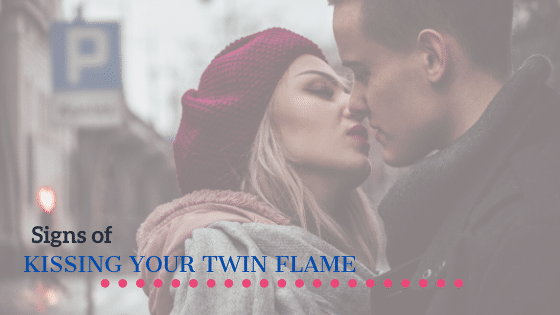 I’ve spoken a lot about twin flame energies, attractions and I’ve covered the twin flame first touch experience but kissing your twin flame (especially for the first time) is… something else.

Twin flames coming into contact is more than just sexual chemistry or physical attraction. This is two souls coming together and a kiss is an expression of their feelings. It’s going to hit both twins like a train and absolutely won’t feel like any kind of kiss you’ve had before.

I’ve spoken to thousands of people now about their journey and experiences on their road to twin flame union and I don’t think a single one of them didn’t notice something when they first kissed.

However, sadly the journey isn’t always easy and that first kiss is rarely going to lead to you straight to a union (if it does – I want to hear your story).

While I wish it wasn’t the case – kissing your false twin flame can also feel like the world stands still. If you happen to meet a karmic twin before your twin flame that first kiss is going to absolutely stand out from a traditional 2D relationship.

This is why false twin flames (especially karmic twins) can be so dangerous. I hope it isn’t the case – but it’s entirely possible for a first kiss to mislead you which is why it’s important you don’t use it as the only sign of a twin flame journey.

Remember, if in doubt get a twin flame reading on your journey together.

What Happens When You Kiss Your Twin Flame? 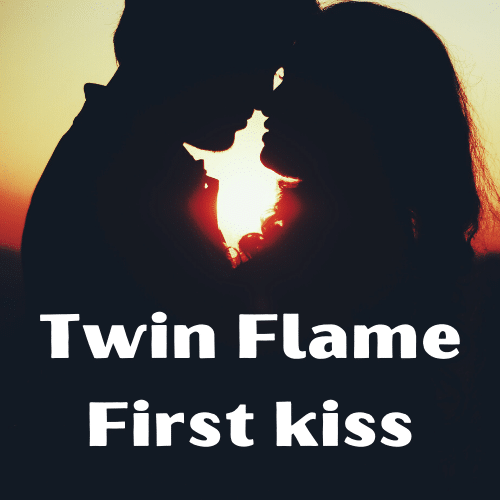 The unhelpful answer really is… it depends.

During that kiss? The world is going to grind to a standstill. A normal first kiss isn’t going to compare to a physical expression or two mirror souls connecting like this.

The world will go on pause and you’ll be the only two in it. No two journeys are ever going to be entirely the same but the experience of a kiss is almost universal. Unlike your first meeting or first touch which can sometimes result in the initial energy producing a negative reaction the first kiss between twin flames is always going to be a positive one.

However, the most common outcome from this is also going to be soul shock. When one (or both) twins are not ready to handle this kind of spiritual connection their fight or flight response is going to kick in and this is most likely going to lead to a separation stage.

When we don’t know how to frame this kind of energy into our current understanding of relationships the less spiritually attuned twin is going to respond with the only thing which makes sense to them. Run. When I say run I don’t mean literally (although I’ve no doubt that’s happened) I mean it in a spiritual sense. They’ll make up some excuse as to why they can’t be together and they’ll retreat. So begins the separation stage.

For the very, very lucky few the first kiss might bring you straight to a union but you’re very blessed if this is the case and you absolutely shouldn’t judge your relationship or your twin if they react this way.

What Does a Kiss With Your Twin Flame Feel Like?

This is one of those questions which is nearly impossible to answer because you’re just going to know it. I know that isn’t a satisfying answer but it’s kind of like trying to explain a color to someone. You just… know it.

I’ve described a first touch with a twin flame as simultaneously feeling safe within your comfort zone while at the same time being pushed outside of it. Twin flames push each other to improve while providing support like no other.

Kissing your twin flame is an extension of that feeling but… with a lot more energy.

What Happens When You Hug Your Twin Flame?

If you’ve shared a hug with someone and not felt something out of the ordinary it’s likely this is not a twin flame connection. Sometimes an initial physical contact like brushing by each other can go noticed but a hug should absolutely stand out.

When Do Twin Flames Come Together Sexually?

I get this question fairly often but, sadly, it’s not one with a hard set answer. Some twins can come together sexually early on or even on their first meeting. Others might have to go through extended separation phases before reaching this physical stage. Like with many things on this journey (including kissing your twin flame for the first time) there are no hard-set rules or timeframes.

If you’d like some specific guidance on your journey ahead let me do a twin flame reading for you: