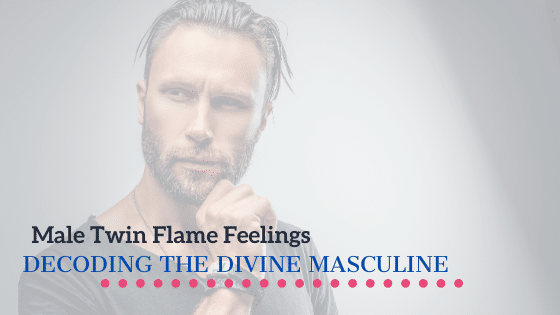 Before we go any further it’s important to get one thing out of the way. The divine masculine twin flame is not always biologically male. I get asked often about understanding the ‘male twin flame feelings’ but it’s important you’re able to pinpoint exactly which is which.

Having said this – I’ve spoken to literally thousands of people about their twin flame journeys and I’d say the vast majority of times your masculine or feminine energy matches your biological gender but it’s important to understand that this isn’t a hard set rule.

The vast, vast majority of our readers are women. As one of the (relatively) few male writers on twin flames, I might have a different perspective. It’s certainly true that the divine feminine is generally the more spiritually attuned twin and therefore commonly the chaser twin. We’ve already looked at understanding the twin flame runner’s feelings so we’ll not get too far into that again. So whether the runner or chaser, we’re going to focus on the biological male twin flame assuming they are the divine masculine.

You’ll see a certain amount of disagreement over what the divine masculine (commonly called the DM) means and how they feel. In general, the masculine energy is less in touch with their emotions, with their own spirituality and with less other people.

And I say this as a guy. It’s (generally) true. Some say this is just how the universe is wired, some think it’s because cultural norms are forced on us at birth while others believe men subconsciously feel ashamed for the authority men held over women in the past.

Whatever the reason, the divine feminine (DF) is generally more spiritually awoken and connected to themselves and others.

In a twin flame journey each twin balances and completes the other. One is the DM while the other is the DF. Remember, this will usually follow your biological gender but not always. It’s usually easily apparent which twin is which looking at how closed off they are.

So if you want to understand the male twin flame feelings assuming they are the divine masculine? They’re likely more closed off, less in touch with their own feelings and (generally) less aware of the twin flame journey they’re on.

This is why it’s very commonly the male twin flame who is the runner.

I’m using the word ‘generally’ a lot because it’s difficult to talk about something like this without making some obvious assumptions. If you’d like something more specific to your own journey – get a twin flame reading and we can look at the specific details.

Before We Go Any Further

I spend a lot of time in the twin flame community and I’ve seen how heated discussions over male and female twin flames can become. It’s all too common for the divine masculine to be blamed for difficult and painful separation phases and sometimes I’ve gotten flak for being a guy and voicing my opinion but I’m here to help you on your journey.

It’s all too easy to play the blame game.

As with any part of the twin flame journey, it’s helpful to understand what’s going on but don’t allow it to cloud your actions. Too many people end up blaming their divine masculine twin for not caring about their feelings or being too emotionally unavailable. Even when they’re the twin flame runner this isn’t easy on them either.

If you’re the more spiritually aware twin flame you might be hurting during turbulent phases of your journey. What you can easily miss is that they’re hurting too. The only difference is – they don’t consciously understand why they’re hurting.

It isn’t necessarily harder or easier for either twin but it’s important we don’t get caught up playing this ‘blame game’ of who has it easier. There’s three things I need everyone to remember:

Some people feel the divine feminine has the task of offering unconditional love because they’re more equipped to being able to do. There’s perhaps an element of truth to this but it’s also important not to cause yourself undue emotional pain during the journey which will ultimately slow you both down.

The main thing I want you to remember is both twins have a role during this journey. If you haven’t reached union yet, you both have work ahead of you. Be open and available to your twin but it’s probably not just a case of waiting for them to do all the work.

And that goes for both the DF and DM.

The Male Twin Flame is Running… From Themselves

Some of the terminologies we use in the twin flame journey can be misleading at times. The DM is commonly the twin flame runner who finds an excuse to get away from the chaser. Generally, they give you (and themselves) an excuse like they’re not ready for a commitment or whatever line makes sense to them.

It’s a spiritual fight or flight response. They’re not spiritually prepared for this kind of reaction so their answer is to put up their walls and try and frame what they feel in some kind of context which makes sense to them.

So What Does the Masculine Twin Flame Feel?

The DM technically feels the same way you do. They feel the same intense attraction twin flames go through and they’re always going to be subconsciously connected to the divine feminine. 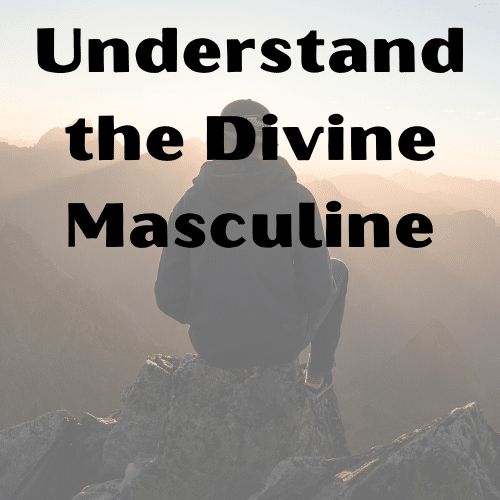 You might be surprised to see courageous make the list but when they run it’s not that they’re neccesarily afraid of commitment or you. In many cases the male twin flame will be running to protect you from themselves. If they believe they’re only going to bring problems and negativity into your life they’ll run to shelter you from that.

Again, I hear literally thousands of twin flame stories and I often hear of the male twin flame running after saying something like “I don’t deserve you”. Whether they verbally admit this or not it’s more common than you might think.

The divine masculine energy is protective but without the ability to understand what they’re actually dealing with this protectiveness can reveal itself in some weird ways.

As a Twin Flame the Man Knows First?

Something I hear fairly often is that the male twin flame knows first. This is an interesting concept as it really comes down to what you considering knowing.

At the end of the day it’s something people tend to argue over but it doesn’t really matter. The twin flame journey spans lifetimes so trying to figure out who knows what first in a single lifetime is a distraction at best. Focus on what you can do to move both you, and your twin, closer toward union and don’t get caught up in the details which ultimately just serve as a distraction.

If you’re looking for further guidance with your male twin flame counterpart – take a few minutes to provide the details and get a twin flame reading to help guide you.