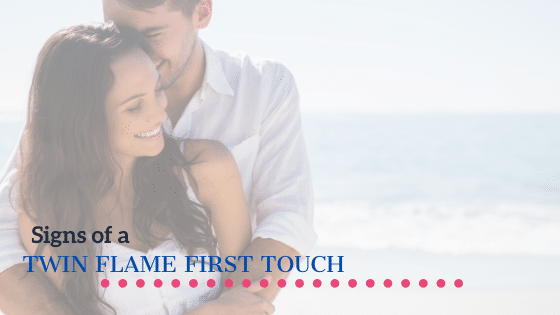 There are many twin flame signs people talk about but out of the thousands of people I’ve spoken to about their stories the twin flame first touch is one of the most consistent but possibly one of the ones least talked about.

If you’ve experienced an electric touch, unlike nothing you’ve felt before – it may very well be that you’ve had your first physical interaction with your twin flame. It could be anything from your first night together to an innocent brush in passing. If this is your twin flame I guarantee they felt that energy as well.

Of course, it’s likely they’re not fully aware of the feeling and many won’t accept feelings which they can’t fit into their understanding of a traditional 2D relationship.

Now I should start with a disclaimer or two here. It’s entirely possible (and common) for the first touch with a false twin flame to feel electrical. The unsatisfying answer is that it’s practically impossible to know if you’re experiencing the touch of a true twin flame until you’ve first touched your twin flame. However, it’s a strong sign and an important step every twin flame journey will experience.

What Happens When you Touch Your Twin Flame?

I’ve talked about the twin flame intense attraction before so I won’t get too much into the details again but basically – it depends.

Almost universally, when you first touch your twin flame you’re going to experience something. Something out of the ordinary, something which will catch the attention of both of you.

Sadly that initial touch is seldom going to lead you straight to a union with your twin right away. The intense feelings tend to overcome one (or both) twins and can result in soul shock.

It’s a bit like prodding someone with a spiritual cattle prod when they’re not expecting it. Sometimes it can lead to initial physical attraction but if they’re not ready to deal with the twin flame journey this can commonly start a separation phase between the two of you.

That said not every twin flame meeting starts with immediate love or even romance. It’s entirely possible (though less common) for two flames to meet and the energy to be quite the opposite. That first touch with your twin flame can potentially go in the complete opposite direction and drive the two of you physically apart for a time.

If this sounds like something you’re experiencing? Get a twin flame reading for some guidance on your path ahead.

Is it the Same for All Twin Flames?

I frequently repeat myself by saying no two twin flame journies are ever going to be entirely alike. I hear a lot of stories from our community and I would say this is one of the most common signs however there are no hard set rules with this journey.

It’s entirely possible for two twins to notice nothing at all however if that was the case I’d be looking for other signs for confirmation. 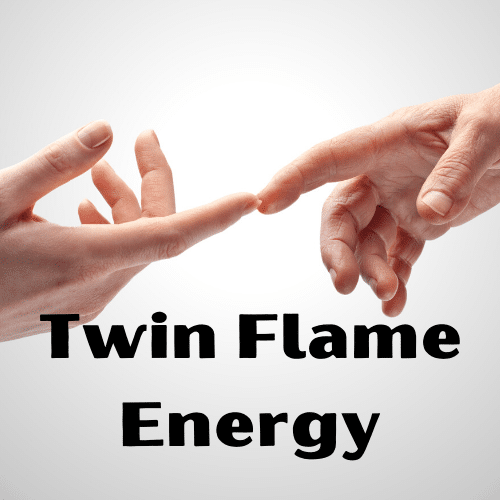 It’s both comforting, safe and accepting of who you are as well as a driving force to better yourself. It feels like simultaneously being safe inside your comfort zone and being pushed beyond it. Out of every kind of spiritual advancement I’ve ever attempted or experienced, there’s nothing like a connection with your twin flame.

What Happens When Twin Flames Meet for the First Time?

You may or may not experience your twin flame first touch during your first meeting. As with many things on this journey, there are no hard-set rules here and it entirely depends.

I’ve heard of stories where twins felt like close friends for over a year before one innocent brushing of hands hit them both like a train and sent them on a journey. Other times it can hit you when you first set eyes on each other.

Almost universally you’ll feel something when you first meet your twin flame. You might not know exactly what that feeling is, it might not always lead to initial romance but one of the common signs is you’re going to feel some kind of pull toward each other. It might be you connect as close friends or work colleagues, the lucky ones might skip this stage and start a romantic relationship early on in the journey.

There are some universal signs and guidance you can use for your journey but there is no set roadmap here. The unsatisfying answer always boils down to it depends.

The important thing to remember is not to judge your journey solely on the initial touch or first meeting. And never ever judge your journey based on someone else’s relationship with a twin flame or otherwise. This path is always going to be entirely unique to you and your twin.

If you’d like some guidance on your road ahead get a reading here: