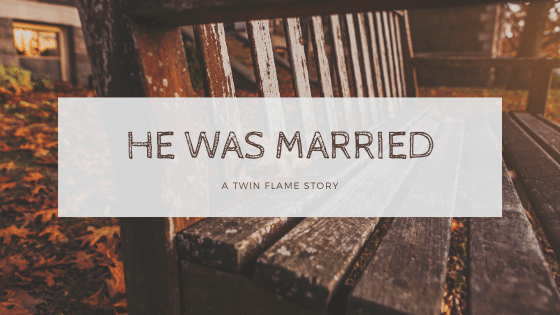 I would love to tell you my story. It is extraordinary and remarkable. We are, as I type, in the midst of union, which I was verifying today here at your twin flames site. We met 42 years ago and were together for a couple of years.

This is a twin flame story from one of our readers. If you would like to share your experience (at any stage of the journey you can submit your own twin flame story here. As always, I do suggest you remember that there are no two twin flame journeys exactly alike. We do twin flame readings to help look at your specific path if you’d like but don’t worry if you’re seeing different sequences or experiences to a story here on the site.

He was 18, me 19, and my baby (not his) was ten months. We met in the most unusual circumstances – he came from Chicago (Evanston, where coincidentally again, my mother was born) and I from Portland, Oregon.

We both started college at Mt Hood in September 1978. One of the things that occurred when we met was an observer said she saw sparks – literally. Later and for some time, this woman was my “best friend.” She was a highly karmic soulmate. Later I married her brother, had my second son and stayed in that highly harmful and toxic marriage for seventeen years. During that time, Larry (that’s his name) and I met up three or four times. He had stayed in Portland while I had moved 300 miles away in the mountains of eastern Oregon. I would look him up and get a hold of him – by phone or mail.

I was always successful and he always responded. I would drive over to the city. We didn’t have sex those times because he was married or I was or something. But we were like on fire magnets though we had no words to express any of this. By this time, we were about 30. Later, after my marriage and after the end of his first marriage, I moved back to Portland alone and without children. We found each other, of course. This “affair” was maybe a couple of months.

It was brutal. He was living with a woman and neither of us “should” have been monkeying around (it’s not our values/morals to do so), but we did anyway. And then she found out and nearly set out to kill me, so I had to go no-contact because I was scared shitless. Our paths crossed again, maybe four years later. I was waiting in line to rent a movie and he came through the door. I saw him immediately even though it was Friday night and very crowded and loud and the vibe was intense. It was dark and stormy outside and here he comes through the door with his bomber jacket flapping. Our eyes met and he walked straight toward me and just as my heart was going to jump for joy I saw two things at once: he hugged me briefly then made some sort of indication that we “shouldn’t” talk and right then I saw this most beautiful and gorgeous and wild and free YOUNG woman come through the door behind him. I said goodbye, politely and without much visible sadness though I’m sure he saw it. I forgot all about that meeting for nearly 18 years. Only since we’ve started reuniting – just three months ago – did I recall the vivid impression that girl left on me.

Well, come to find out, it wasn’t some young floozy he’d attached himself to, it was his daughter! And I got to see a picture of her now and she’s exactly as I remember that fleeting glimpse of her. Larry went on to raise other women’s children in addition to mine. He’s an accomplished and awesome jazz drummer and the kindest, most interesting man I’ve ever known. We’ve only seen each other three times but it’s been okay because of the badass separation calamity which I had to research in real-time it came so hard and fast. During our years apart he had another thirteen-year marriage that just ended a year ago. There are stunning and extraordinary syncs and coincidences in our lives. I have been journaling, writing and publishing for fifty years. During my pilgrimage these past eight years, I’ve been keenly following the plot/script of The Razor’s Edge, specifically the one by Bill Murray. For all the years since that movie came out – right about when I had my second son, I have watched it compulsively and framed my life after it.

When I returned to Portland three months ago, I began writing my memoir. Immediately I was struck by the blatant names – Larry Darryl, the character in the book, and my own Larry. In addition, over the years, I”ve identified and connected with and even used as pen-names “Sophie.” Now, this part of my story gets complicated and complex because I use so many different names in my writing and art. So I won’t continue with it here. It is, however, on my book page. I’ve sort of lost my train of thought now. I didn’t intend to write this today. I’m grateful for the opportunity and the chance to share what I know so far. Please understand that I am a 62-year-old woman who’s had a remarkable and extraordinary life outside every box built but all this TF and keeps me on my toes. Let’s just say my awakening has perhaps had to be more brutal than others? Mainly because of my demographic – access to information, etc was so much different when I was growing up. Love to you my friend. Talk to you soon.

I really appreciate your sharing your story Laura and I’m glad you were able to take advantage of the resources we have now. I have no doubt twin flame journeys have changed a lot since the internet gives us so much more access to information.

We’ve looked before at when twin flames are already married and it certainly goes against what we grow up within the 3D. The journey is already difficult and sometimes a false twin flame can make things even harder (like we really needed that).

1 thought on “Twin Flame Story: He Was Married”