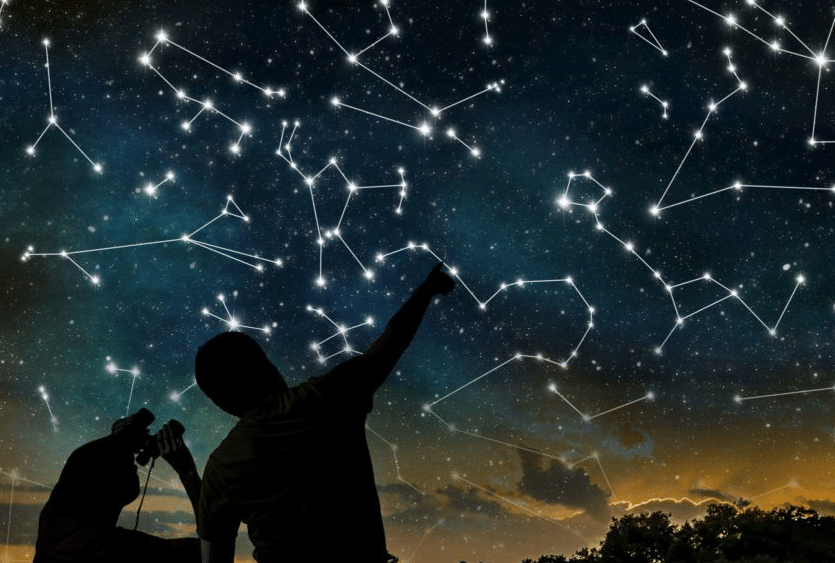 I don’t pretend to be an expert in astrology as tarot cards have always had a greater draw but I have at least studied twin flame astrology because anything which helps people reach the union stage faster appeals to me.

While I disagree with some of the opinions out there in the blogosphere when it comes to applying astrology to a twin flame journey there are some things I think it’s worth paying attention to.

I’ve seen claims in the past that real mirror souls should share the same zodiac sign. In my experience (and I’ve seen more than most I’d say given that I’ve been doing twin flame readings for years) this doesn’t need to be the case. What I do generally see (and a good sign you’ve found a real twin) is you’re both in the same astrology sign group.

Again this doesn’t always have to be the same either. We’ve all heard the phrase ‘opposites attract’ right? It’s just as relevant here where being a different group can actually compliment each twin.

However, even this doesn’t stand true in some cases. I’ve seen a lot of people panic when this isn’t the case or they ignore every other sign the universe and their twin is throwing at them and cling to just the astrology.

I did a reading with a reader recently where the twin flame runner had been using the difference in astrology as the reason to avoid union. This was more of a symptom and they were using this as an excuse rather than a real reason but it’s a fairly common one. And, yes, in that instance the two did make it to the union stage within a few months.

Even if you’re not going to match signs that doesn’t mean you can’t use them to your advantage. Twin Flame Astrology: Why is there a difference in the zodiac signs?

Your twin flame is your mirror, and he has the same qualities as yours. But, this doesn’t mean that the other person should have the same zodiac sign as yours. You both should be compatible, and this is what matters most.

I don’t want you to overthink this.

If we look at the twin flame astrology chart, there are 365 degrees of the zodiac circle. Each factor plays an important role in your relationship. Moreover, your place of birth will have a role as well. This is why it is not an issue if you don’t share a zodiac sign.

The same way as the mainstream media (I’m looking at you – ever soppy rom-com who mentions soulmates) has diluted our understanding of soulmates the common way we use astrology and zodiac signs can actually be harmful in your twin flame journey.

I’ve covered false twin flames in detail already but the main thing you need to remember is it can seem like a real connection which is easy to mistake for a twin flame at first but these relationships turn toxic very often and slow down your real journey.

Don’t blindly follow the zodiac, but instead use it to help look at the overall picture and how it works with the other signs you see during the separation phase.

Well, twin flame astrology can have an important role to play during the separation period as well. It is believed that the member having a calm sign becomes the chaser, and the one who easily gets anxious becomes the runner. It is pretty obvious as their zodiac sign defines their nature as well. However, the roles could be reversed as well, depending on the situation.

Also, if both the members share the same sign, things will be a little different. When it comes to twin flame astrology, it isn’t possible to know about everything that plays a role in the relationships. There is too much in this field that we are yet to explore. But there is one thing that we are sure about, and that is the fact that the universe plays the biggest role in twin flame relationships.

You can’t fight the universe when it comes to changing the things that are happening. It isn’t possible for anyone to change what is happening around. The same is the case with twin flame zodiac matches as well. You will meet your twin flame and stay together if the universe has planned it even if your zodiac signs do not match.

This is a question I’ve had more than a few times and added to the bottom of this post because it’s the most common response I’ve had.

I’d say both yes and no. However, it does depend on who you ask. Some use astrology as their main guiding point on the journey so I know I’m disagreeing with some people here.

In my experience (and I have seen a lot of journeys) I think it can be an important tool to use but when combined with a number of things. Astrology in itself is a tool just like a deck of tarot cards or a pendulum. Trusting it blindly and ignoring everything else is only going to work if you’re very lucky. Instead, I always advise taking the time to understand as much as you can about the journey and use every tool available.