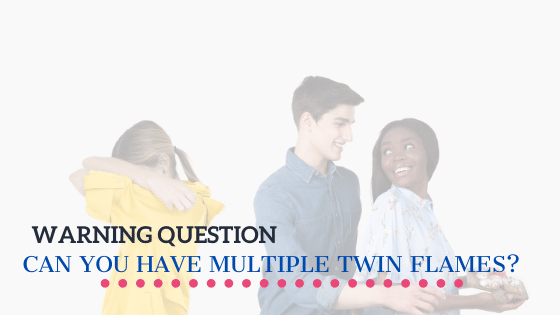 I’m not normally an alarmist but (if you don’t know already) I’ve spoken to thousands of people around the world about their twin flame journey and if you’re asking can you have more than one twin flame you need to read this.

That kind of question starts to ring alarm bells in my head for a few reasons.

The TL;DR to this whole thing is No, you cannot have more than one twin flame. But it’s important you understand why so you don’t hold yourself back on the road ahead.

The twin flame journey can fail.

In the short term at least. You’re not guaranteed to reach union in this lifetime and there’s only one twin flame and if you’re being tempted by another then it means you’re dealing with a false twin flame. The real danger here is not just that you waste your time with the wrong person but you actually put your journey at risk this lifetime.

False twin flames are dangerous which is why I’m worried when I hear people ask if you can have more than one twin flame. However you do it, it’s important to make sure you understand this path as much as possible. If you’re unsure about your path ahead, consider getting a twin flame reading to help guide you.

Not Sure If You’ve Met Your Twin Flame?

I often say there are no two twin flame journies that are ever going to be exactly the same (and I mean it) but there are some common patterns you do see.

The unsatisfying answer here is you won’t really know who your real twin flame is until you know it and it’s far too easy to mistake a false flame for the real thing (this is part of what makes them so dangerous).

There’s no easy answer here unfortunately but the more you understand about the twin flame journey, the better prepared you’ll be and hopefully avoid some of the common pitfalls. If you’re asking can you have more than one twin flame there’s a couple of important basics you need to make sure you know first of all:

From time to time I speak to someone who is looking at two people and trying to work out which is their twin flame. Sometimes people jump to assumptions because they’re so desperate to meet their twin flame and while I understand this – it’s important to follow a couple of obvious scenarios here:

There’s no easy answer here and it’s perfectly normal to go through phases of doubt and uncertainty, especially early on in your journey. There’s no ‘one quick tip’ anyone can give you to tell your twin flame apart but take your time to learn as much about the journey as you can. The better prepared you are, the better you’ll spot the signs that you’re on the right path. 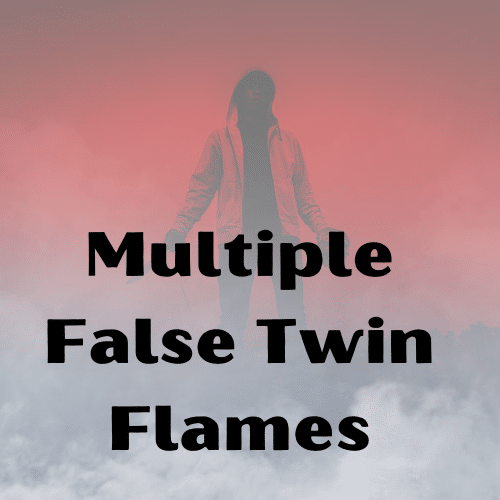 Can You Have More Than One FALSE Twin Flame?

Twin flames are dangerous for a lot of reasons and one of these being that while you only have one real twin flame you can absolutely have multiple false flames.

I know that doesn’t seem fair but nobody ever said the twin flame journey was going to be easy. It’s not all pitfalls though, the pull between you and your real twin flame is far greater than a false flame. While there might be more of them, there is nothing like the pull between two mirror souls.

In some cases, a false twin flame can actually help your journey so there’s some silver lining here.

I’ve covered soulmates vs twin flames before so I won’t get too far into the details again but the important thing to understand is that a soulmate encounter can be part of your twin flame journey. It’ll slow you down but sometimes your journey needs some time and soulmates help each other grow and prepare for true union with our twin flame further down the line.

FAQ’s At This Stage

A lot of these are covered in more detail elsewhere so I won’t get into these in too much depth but these are the most common questions you might have if you’re newer to the twin flame journey.

It’s perfectly normal to go through periods of doubt and uncertainty on this stage but this answer is a bit… complicated. I want to say both yes and no – but we’re going to need a bit of explanation here.

If the person is 100% a false twin flame whether that’s a karmic twin or a soulmate then, no, it’s not possible that’s going to change. Each of us has one twin flame out there and that doesn’t change.

I’ve seen instances time and time again when the journey is tough and doubt can (understandably) make you think they are a false twin flame. Coming back from this period of doubt is entirely possible so just because you doubt the journey currently doesn’t mean that won’t turn around.

Does Everyone Have a Twin Flame?

Again, the answer here is in two parts because it really depends on where you’re going with this line of thought.

In short: Yes, everyone has a twin flame out there.

However, there’s a reason you probably know people later in life who are lonely and clearly haven’t met their twin flame. I’ve discussed twin flame failure in detail already so I won’t get too far into it but just because we all have a twin flame doesn’t mean we’re always going to reach union in this lifetime.

I’m not normally ‘doom and gloom’ but I think it’s important we accept the reality so we can be actively working towards your twin flame journey and not just sitting back waiting for it to happen. If you take a few minutes to provide some details a reading can help guide you.