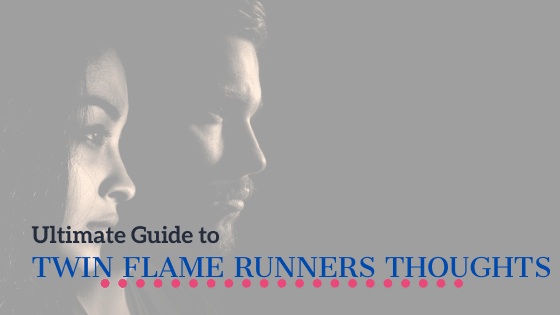 Trying to understand what the twin flame runner is thinking is tough at the best of times. Trust me, I know. I’ve been there. It can make you want to rip out your hair and scream at the universe. Or (sometimes) even your runner twin.

When you feel the connection this strongly it can be hard to understand why they don’t feel it too.

So. What are twin flame runners really thinking and why don’t they see what you see?

First of all (and perhaps most importantly), it’s important to know that the twin flame runner is not trying to hurt you. The separation phase is emotionally, spiritually and sometimes physically painful but there’s no malice in it. The runner is acting out of self-defense. For a while, in my journey (a long time ago) I was the twin flame runner. What I was thinking at the time seemed so logical to me back then. 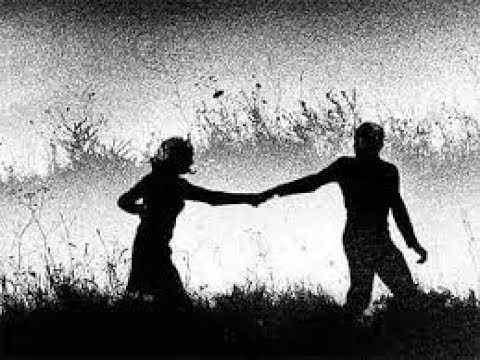 Everything we learn in our 3D relationships does not prepare us for the kind of connection that comes with meeting your true mirror soul.

We all know that there will be a stage of separation in every twin flame relationship. It is (usually) inevitable, and no matter how good things are at the beginning, this stage will come at some point. It’s sadly part of the journey for most of us and while that brings pain, it also brings union. It gives us a chance to heal and be truly ready for that connection. There are many reasons for separation to start and there are many things the twin flame runner could be thinking.

This is exactly the reason I offer twin flame tarot readings. No two journeys are going to be the same so I can’t tell you exactly what the runner twin flame is thinking – I can only help you understand their mindset.

Why are Twin Flame Runners Running?

The love that twin flames share is special, and no other bond in this world is stronger than the bond between twin flames. But, the feeling is new for both the partners, and sometimes it could be overwhelming. Since there is no other bond as special as this, it could be hard for people to get used to things in the beginning. This is something that every person who gets in a twin flame relationship feels. But, some people don’t know how to handle stuff at the beginning. So, it becomes a reason for some people to run away from the relationship.

They Are Afraid of Change

It’s a pretty normal trait to be afraid of change to some degree. Even the more adventurous amongst us want some things to stay the same. A twin flame journey has the habit of changing things. Big time.

These changes can be huge. Life-changing. The whole journey can be like trying to make it through an earthquake on a pogo stick.

This could easily scare a person if he doesn’t like changes. Seeing things changing all of a sudden could force him to move away from the relationship. People who don’t appreciate changes could easily get scared in such situations, and this is a common reason for a partner to run away.

They Could be Afraid to Lose The Other Person

Another possibility is that the other person could be scared to lose his partner. Since the bond between twin flames is special and can’t be matched, insecurities are more likely to be there. The way a person loves his twin flame is special, and things are much deeper than any other relationship. But, this sometimes makes people wonder what their lives would be without their partner.

This is something that could make a person take steps that he would regret in the future. When you can’t imagine your life without a person, either you will give your 100%, or you will try to end things up before it’s too late. The same is the case with twin flame relationships as well. The chaser gives his 100% till the end, but the runner is afraid to get attached. This is why they sometimes want to run away from the relationship.

They Could Want to ‘Figure Things Out’

This is a common thing you hear with twin flame stories. It’s a line I used myself and one I’ve heard from a lot of chasers.

It’s actually more of a cover or explanation (sometimes as much to themselves as to you).

The runner will come back once he has figured out everything. But, no matter what the reason be, it will be hard on the chase for sure. The chaser will have insecurities, and the situation will be hard for him. But, the good thing is that they both will get back together.

Sometimes I feel like trying to explain problems in twin flame journeys isn’t always helpful because the answers you give are basically “nobody knows”.

The truth is the twin flame runner is probably lying to themselves during this phase. They can’t tell you how they feel because very, very rarely will they actually know themselves.

There are many cases when the runner also doesn’t know the reason for running away. These situations can be equally hard on both runner and chaser. The runner wants to move away without knowing the reason and experiences a force leading him away. This is how the universe works. When something is supposed to happen, it will happen without you wanting it.

However, there is a happy ending in this case, as well. The runner will come back without a doubt, and that will also happen according to the planning of the universe. Also, it will prove helpful for both the partners in the longer run.

Well, if you were thinking about what are twin flame runners thinking, you might have got the answer to it. These are the reasons for the runner to move away from the relationship. The reasons may be different, but one thing is common, and that is the fact that the runner will eventually come back.

When you can’t really figure out what they’re doing or why they’re doing it – sometimes the best you can hope for is signs of it at least coming to an end and them coming to their senses. One of the best things you can do is improve your understanding of the twin flame journey itself. The more you understand the more you’ll be able to see.

One of the common traits is seeing more and more signs and patterns. Common numbers like 111 and 222 are the obvious ones you hear a lot about (and we’ve already covered this to death). You’ll also see an increase in twin flame telepathy. This will happen at all stages of the journey but the more often you see it – the closer the runner is to making it through that stage.

1 thought on “What Are Twin Flame Runners Really Thinking?”