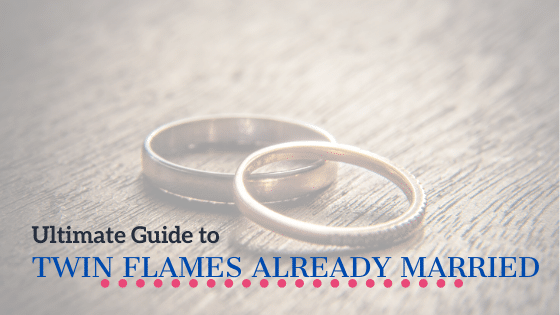 Alright, strap in folks because this is a big one. One of the most frequent questions we get asked is what happens when twin flames are already married to someone else.

What’s the right thing to do? Is there even a right in this situation?

I’ve seen people take various stances on this topic and to be absolutely clear right from the start this is coming from someone who does respect marriage. I’ve also spoken to literally thousands of people at various stages of a twin flame journey and many of which are (or previously have) struggled with this exact issue.

It’s why I’m very clear that these can be murky waters and you have to be very careful so that nobody gets hurt. There are steps you need to take to be 100% crystal clear that you’re dealing with a true twin flame before making any decisions that are going to cause harm to anyone.

This all said – I do believe a twin flame connection is a top priority and a key part of our spiritual journey. When married to a false twin flame and you know you’ve met your mirror soul I do think it takes priority.

Why Twin Flames Meet Later in Life After Marriage? 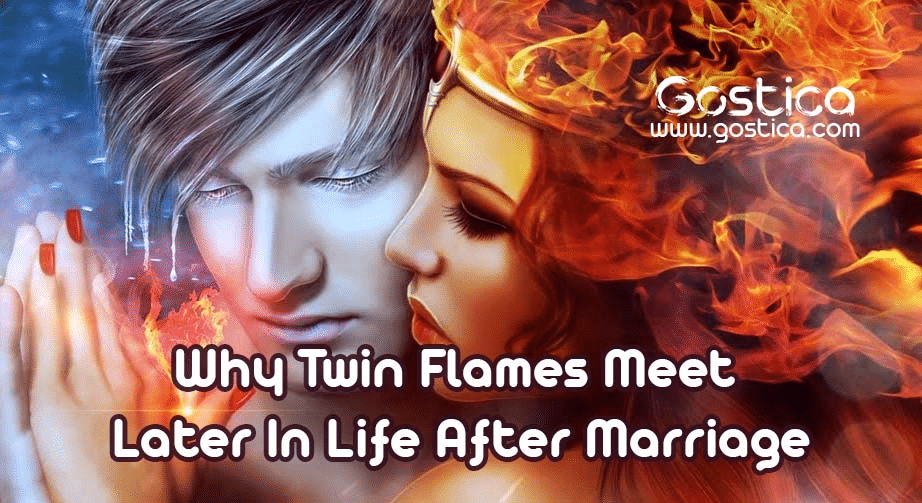 It’s a complete myth that everyone is going to reach union with their twin flame in this lifetime. Despite what social media would lead you to believe within the twin flame journey blogosphere most marriages are not twin flames.

This doesn’t mean that every marriage is bad. I’ve covered types of false twin flames before but you can absolutely have a happy life with a soulmate which happens for many people.

Social pressures are not equipped to deal with mirror souls because most of us are just not there yet. We’re not spiritually ready to understand this type of connection so very few are really going to understand what’s going on. If you try and explain it they’ll probably assume you’re talking about soulmates and most people assume married couples consider the other their soulmate.

We know that a real soulmate is actually something very different. While it’s not uncommon for someone to marry a soulmate it’s not on the same level as a twin flame connection.

The problem arises when you do meet your twin flame after this stage.

I hear many twin flame stories who struggle with exactly this. Maybe your twin flame is married long before you ever meet them, or perhaps they marry during a long separation stage. I’ve seen plenty of instances of both and it happens.

It’s painful for everyone involved but it does happen. Sadly nobody said the twin flame experience was going to be an easy path and the road to that unconditional love can have a few bumps on it.

You’ve both met when you’re just not (yet) ready for union.

It’s painful but it’s part of the journey and the twin flame experience.

What to Do When Your Twin Flame is With Someone Else

There is no easy answer to dealing with your twin flame being married already.

Be SURE The Other Person Is Your Twin Flame

This is step one. Always.

There’s no point chasing a twin flame union with someone else (and trust me false twin flames are more common than you’re probably thinking).

I talk about false twin flames all the time and for good reason. Be sure this is the real thing before you consider doing anything else. I always say if in doubt – there is no doubt. If you really can’t tell, then consider getting a twin flame reading.

It’s extremely rare to find your twin flame which means if it has you need to cling on to that connection but it’s also less likely than you might think and you don’t want to hurt anyone for no good reason.

Talk To Your Twin Flame About It

Talking to the Other Person

I’m not going to write a guide on this. There’s no good way to have this conversation.

Most of us don’t understand higher dimensional relationships. We’re just not at that stage of our own journeys yet so they’re likely not going to understand what you’re talking about.

Be honest, but be kind.

Talk to them when the time is right and don’t involve your twin flame in that conversation. This is between you and the other person for now.

As with any kind of separation stage in the twin flame journey, the answer is very rarely to actually do with an external factor or another person. Even in cases where twin flames married a false flame, the answer is to focus on self love.

This means the way forward is often to focus on yourself. Work towards your own goals, your spiritual path, being true with yourself and about what you want. If your goal is reaching twin flame union this lifetime then this is probably the best thing you can do for both yourself and your twin.

Guidance on the Journey Ahead

If you’d like something specific to your journey to share the details (privately) and get a twin flame reading on your journey ahead.

If Your Twin Flame is Married Does That Mean Failure?

The short answer here is maybe.

You’ll hear people tell you that twin flame failure is never possible but if you look around you at the people in your life it’s not hard to see how rare a twin flame connection really is. In the long run a twin flame journey is destined for success over multiple lifetimes but there’s no guarantee that you’ll reach twin flame union in this lifetime.

A married twin flame does not immediately mean that you’re not going to reach twin flame union. I’ve heard from people who are getting married, already married as well as people who have already been divorced before finally meeting their twin and beginning this journey.

If your twin flame is married it’s doesn’t mean you won’t reach union but it does mean you’re going to have to tread carefully not to hurt someone.

If you’re the one who is married to someone then you’re going to have to be brutally honest with yourself about what you truly want and incredibly careful that you’re not just dealing with a false twin flame.

Can Twin Flames Get Married?

I’ve looked specifically at do twin flames marry (and why) already so we don’t need to get too deep into that one.

The short answer is, yes. Absolutely. Twin flame relationships don’t need a marriage but I’ve heard of many, many relationships which just want to share their love with the world and the easiest way to do that is by getting married. Twin flames marriage usually involves some specific vows about the journey together but the reality is most people haven’t even heard of a twin flame in this lifetime.

You’ll understand when you’ve reached that point but at that stage, twin flames don’t need anything else to keep them together. A twin flames marriage is just a way to share their love with the world who will understand marriage better than union.