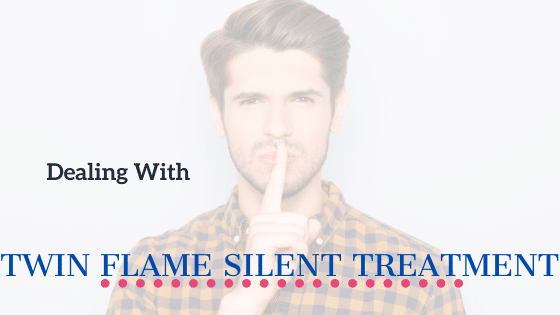 I’ve wanted to talk about the twin flame silent treatment for a while now. I keep saying no two twin flame journies are ever alike however after speaking to thousands of people at various stages there are some definite trends and at least one separation phase between both twin flames is so incredibly common.

What’s also common is for one or both twins to entirely cut communication. This (commonly known as twin flame silent treatment) happens for different reasons, has different solutions and… well, means different things.

The first thing to say (and perhaps the most important) is this does not mean you’re not on a twin flame journey together. It’s so common that, even recently, I covered your twin flame blocking you. It isn’t confirmation of anything and it doesn’t reflect on you or your twin. Sometimes, it’s just part of your path together.

Like most obstacles in the twin flame journey, there’s rarely a simple black and white answer here. If you’d like guidance on your journey, consider getting a twin flame reading.

What Is Twin Flame Silent Treatment? 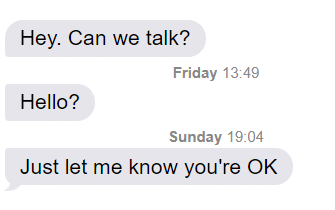 To put it simply it’s when one (or both) twin flames are ignoring the other in the 2D. They might make up a reason first or just go silent but they likely don’t know why they’re doing it themselves. Periods of silence happen between people all the time, it’s just even more noticeable when your twin flame doesn’t talk to you because we’re so used to being interconnected.

Remember that this (probably) isn’t the first lifetime you and your twin flame have met. You’ve likely gone through periods like this before but technology is making it all the more noticeable.

It can happen in person, online or (more common) both. It’s not a fun experience for either one of you (make sure you understand the twin flame runner’s perspective too) and can be emotionally and spiritually exhausting for both of you.

I know (from first-hand experience) it can be painful but it’s a very common part of the journey for many – if not most.

At the root of most silent treatments, it comes down to soul shock. Your twin doesn’t understand their feelings, why they feel that way or the path you’re on together. They’ll try and fit it into their 2D understanding of how things should be and usually give you (and themselves) a half baked excuse as to why they’ve gone silent.

It’s important to remember at this stage that they’re not trying to hurt you. If anything they probably think they’re trying to save the both of you some pain because they’re just not ready yet.

In rarer cases, the twin flame runner might be far enough along the path to understanding exactly what’s going on and they’ll do it intentionally because they know you both have work to do apart for a while.

How Long Does it Last?

Another question with no exact answer. I’ve spoken to a lot of people who have gone through periods of silence from their twin flame and it can range from minutes to months. In some cases, I’ve even heard of it taking years.

It can certainly feel like it lasts an eternity but nobody is really going to be able to give you an answer here.

At any stage of a twin flame journey, I usually have the same advice especially to the twin flame chaser (who is usually the one who really knows what’s going on). A lot of this is out of our hands and going through periods of silent treatment or not talking much can be tough. The more you understand about the journey the more you’ll be able to speed up the process and the easier you’ll make it on the both of you. 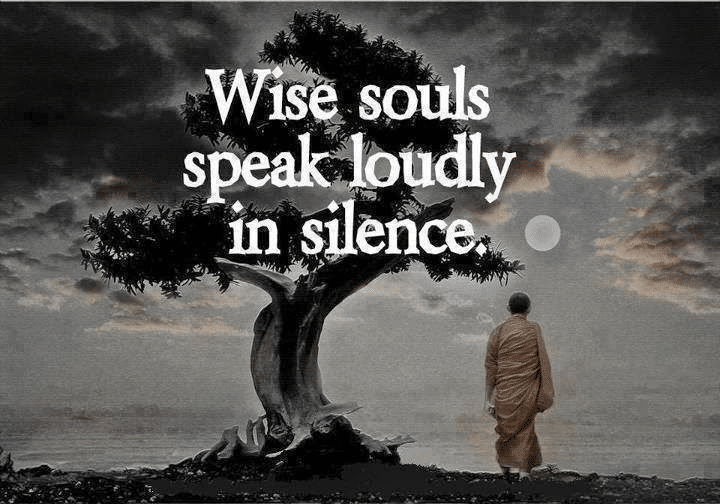 Remember not all twin flame communication is in the 2D.

Most communication between twin flames is carried out telepathically and this begins long before you ever physically meet in this lifetime so a little bit of silence between you on social media isn’t going to change that. On some level, you and your twin are still communicating constantly.

Neither of you might be aware of it happening but that subconscious connect is constantly there. It doesn’t have an off button and by the point, we’re aware enough to acknowledge that side of the connection we wouldn’t want to turn it off.

Even during the worst forms of twin flame silent treatment when awful things are said beforehand – this connection continues. Both twins are constantly checking in on each other to share thoughts and emotions. They’re calling out to each other but you’re just not quite ready to take that next step yet.

What to Do When Your Twin Flame Avoids You?

Is ‘stay in bed and eat ice cream‘ an acceptable answer here? Because that’s what I did at first. No? Ok.

The advice to actually dealing with twin flame silent treatment is very similar to dealing with any period of separation between the two of you. While it’s tempting to hide away and just wait for your runner twin to ‘figure it out’ the real path forwards is to do everything we can to further the journey.

And that means working on ourselves.

It can be tempting to just throw your hands up in the air and scream at the universe but the truth is – it’s on us. The separation phase means that we are not yet ready for union, and the more we understand about the journey the better equipped we are to actually do something about it.

It’s easier to give this advice than it is to follow it but no matter how painful it can be, our best choice here is to keep the lines of communication open so your twin feels able to reach back out to you and focus on your own spiritual journey for now.

Of course, logic doesn’t always call the shots here. Sometimes the hurt and emotions cause us to lash out at our twin and that can prolong the period of silence. I wish I had a magic button to push for you but the best I can really say is it’s part of the journey and this too shall pass. If you’d like some more guidance on your journey together, take a few minutes to share the details of your path so far:

4 thoughts on “Twin Flame Silent Treatment: What To Do When Your Twin Flame Doesn’t Talk To You”