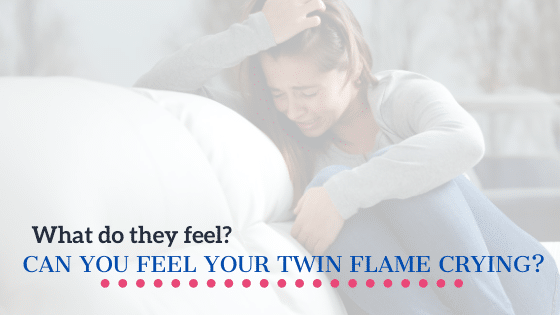 I’ve heard thousands of stories from twin flames around the world (literally) and, sadly, tears are not uncommon during the difficult stages but can you feel your twin flame crying? Do they know what you’re feeling?

The answer here (like most questions on the twin flame journey) doesn’t have a simple yes or no answer I’m afraid but I’ll try to sum it up as easily as I can.

Yes, you can feel your twin flame crying. However, it’s often not as clear cut as just that. Depending on where you are during the twin flame journey it’s not always going to be easy to understand what you’re feeling. Depending on the stage of the journey you’re on it’s going to hit you in different ways but it will become clearer over time.

You might have heard of the twin flame sudden sadness wave – if this happens out of nowhere then it’s likely an overflow of emotions from your twin flame reaching out to you whether they’re even aware of it themselves or not. If you’re in doubt about this stage of the journey? Consider getting a twin flame reading.

Can My Twin Flame Feel Me Cry? 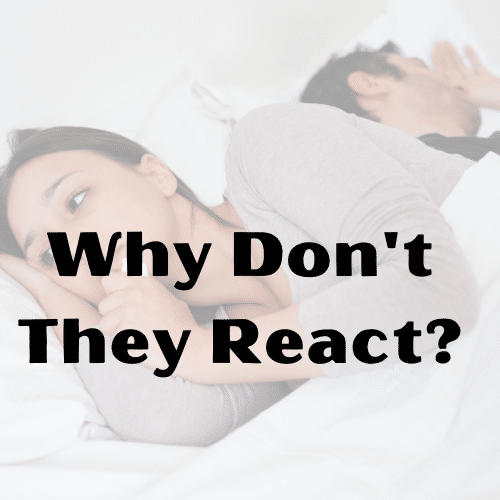 The shot version is yes, your twin flame can feel you crying. I know it doesn’t always feel like this during the difficult stages but how they react to this is going to depend on what stage you are in your journey. As a basic rule of thumb:

Why Don’t They React When You’re Crying?

Considering you’re reading this guide I’m going to make the assumption you haven’t yet reached union with your twin. In the (less likely) chance you have and your twin isn’t reacting they probably know you well enough to be giving you space for the right reasons.

During any separation stage, you’re on an emotional rollercoaster and I know (first hand) how painful it can be. If you’re crying during this stage know that you have my sympathy but not my surprise. It’s a tough stage but an important part of the journey.

When you can see the connection between the two of you so clearly it can be frustrating and infuriating they don’t seem to see the same thing.

The truth is they feel the same thing – they just don’t understand what or why they feel that way.

It’s not that they’re ignoring your pain or trying to cause you distress, they likely just don’t understand where these feelings are coming from. Imagine if you had a sudden overflow of emotions out of nowhere and you weren’t aware of the twin flame journey. Their coping mechanism is almost always to fit these emotions into something which makes sense.

For example, if you’re struggling with the journey one morning and start crying your twin flame may be hit with a wave of emotions while they’re sitting have their breakfast. They might not physically start crying themselves but they’ll attach these negative emotions to their breakfast and tell themselves the orange juice tastes bitter or the toast is burned.

It’s not until later on in the journey they’ll be attuned enough to know exactly what is going but if they’ve done some work on their spiritual path, it’s not uncommon for them to feel like reaching out to you – perhaps without understanding why. You might just pop into their head.

Other Than Crying Can Your Feel Your Twin Flames Emotions?

All of this is an example of a kind of twin flame telepathy. It’s an undercurrent of energy between the two of you and generally isn’t the Hollywood understanding of telepathy.

High levels of emotion are going to reverberate along this connection regardless of the physical distance between the two of you. While rare, it’s even possible to feel your twin flames emotions even if you haven’t physically met in the 2D yet.

The further you are along your journey, the tighter this psychic link between the two of you. The more extreme the emotion, the more noticeable the connection but any kind of emotion can be reflected. From intense sadness or anger to joy, surprise and even arousal. Later on in your journey the more subtle emotions are going to be easier to pick up on.

Should You Reach Out if Your Twin Flame is Crying?

This is a tricky one. If you feel intense negative thoughts or pain from your twin flame should you reach out?

Every twin flame journey is different and perhaps the best thing for you both at the moment is space so it’s tough for me to give a single answer here which is going to suit everyone. You’re going to have to play that one by ear, but unless you have a reason to be giving them space it might be a good idea to reach out and see if they want to talk. If you’d like more specific guidance, take a few minutes to get a twin flame reading: