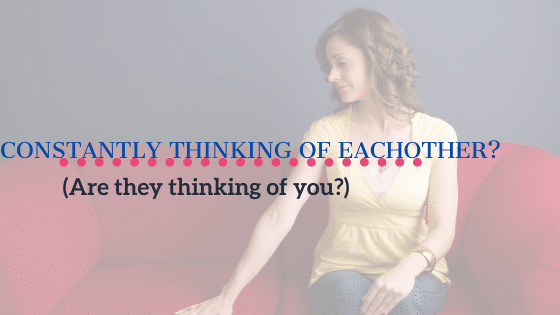 The twin flame journey can be overwhelming in many ways, especially during periods of difficult separation. Do twin flames think of each other all the time? Are they thinking of you? What does it mean?

It can absolutely feel like you spend too much time thinking about your twin flame.

It doesn’t mean there’s a problem and while it can cause emotional and spiritual anguish in difficult situations it’s kind of a good sign that you’re on a true twin flame journey. The truth is twin flames are always thinking about each other on some level. Even before you ever physically meet this lifetime, you’re calling out to each other.

When you’re consciously aware of the connection it becomes a lot more noticeable and it can cause some distress at times. It’s very unlikely you’ll have experienced this kind of connection before which is why it can seem more akin to obsession or a problem, but it’s perfectly normal. At least as far as anything is normal on this kind of journey.

Why Are They Constantly Thinking About Each Other?

It can be serving a purpose. Sometimes constantly thinking of each other is a sign of twin flame reunion.

A twin flame journey a soul connection of unconditional love which may seem odd to some – especially considering the fact that some twin flames haven’t yet connected in the 3D. That means that some of these people involved in spiritual soul ties haven’t even met in person, and yet they can’t disentangle their energy and interest from that of their twin flame. That’s not something you see or hear about every day, is it?

There is a karmic balance attached to such relationships, whether it’s going on physically or spiritually. The triggering nature of the connection, especially when in separation, involves the twin souls doing hardcore work on themselves and resolving some serious karma before being able to come into true union. While doing all of that work, they will often feel or even be told telepathically that their twin is going through similar if not the same issues. There’s just no way to ignore that.

Each twin has to do quite a bit of healing, including that of inner child issues and shadows like codependency. That’s a tough one to work on, because the intense nature of the twin flame connection involves high levels of unconditional love, but it can get a bit addictive when you’re basking in that flame. And all of that goes on while your twin is watching, pretty much. Do you think there’s any way to not think about that?

It’s not really that they think about each other constantly. It’s more that they’re constantly connected and in each others energy. That’s the nature of the twin flame connection by default.

You can’t simply ignore that twin flame energy and connection, however much you’d like at some point in time. You can manage your focus, but the moment you allow your mind to wonder freely, guess where it’s likely to wonder to?

Because they are always connected, they simply are part of each other’s lives constantly, whether that’s on a physical or energetic and emotional level. Which, you have to admit, would be pretty hard to ignore if it were to happen to you. Put simply, there’s no way not to think about that twin almost constantly. You have to put in quite the effort to ignore the twin, in fact.

Do Twin Flames Think About Each Other At The Same Time? 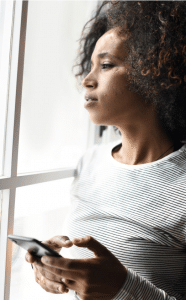 It’s common for twin flames to think about each other at the same time. They’re also very likely to see each other in dreams or have telepathic connections and exchanges. Because there’s such an intense level of soul connection between them, when one twin thinks of the other, that will trigger the bond and make the other one think of the first too. Same goes with dreams.

Because of that telepathic connection, each twin could be also dealing with the same emotional or energy-related issue at the same time. The information is transferred through the bond, especially when the twin is newer at it and doesn’t know how to filter things so they don’t make it through to their twin flame.

The high level of interconnected energy circuits in the twin flame bond can also become overwhelming for those who have the opposite issue to codependency – hyper-independent or even avoidant attachment behaviour. It’s a lot to process, and none of it easy especially since it’s quite likely that both partners in the relationship or connection are likely to be dealing with that very same issue – often times at the same time too. Talk about adding insult to injury, right?

Can Twin Flames Forget Each Other?

Because of the strong nature of the twin bond, there’s no way to forget about your twin flame. It’s simply not possible.

Sure, you can choose to exit the twin flame journey to union at one point or another, but that doesn’t mean you’ll forget about the twin. You can put in the effort to disentangle yourself emotionally and even energetically from the twin, especially if they’re not pulling their weight in the twin flame connection. You can try to silence the unconditional love bond you have with your twin, or at least ignore it until they get their ducks in a row.

And while all of that is possible, and you may succeed in weakening the bond or at least putting it on mute for quite some time, the cord is unlikely to be severed completely. Twin flame connections don’t just break off because the journey of the flames is frustrating or even infuriating. That’s part of the uncomfortable truth of it: regardless of how each twin flame handles it, they’re still going to be twin flames.

Trying to sever or mute a twin flame connection is a bit like divorcing your spouse and living with them in the same house for the rest of your lives. Sure, it can be done, but it will take constant work, mastery in managing it at various points in time, and whoever else you may want to bring over is going to feel terribly uncomfortable in that situation once they get the lay of the land.

The twin soul bond is not for the faint of heart, to be sure. It’s a hard connection to manage, whether you’re deciding to accept the journey and work on the connection or not. But then again, being a twin flame was never meant to be about ease or comfort – on the contrary. It’s meant to challenge, trigger, thereby cleanse and help the two gain high vibration and union status through hard work and spiritual discipline.

If you’re struggling with a difficult separation phase from your twin get a twin flame reading for guidance on your journey.