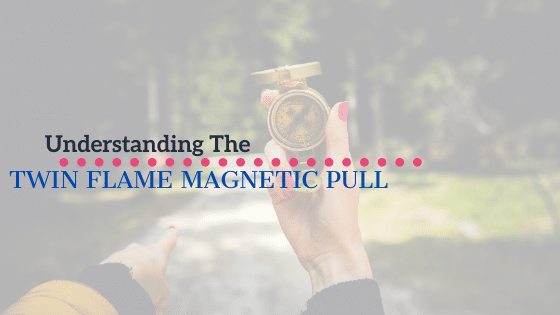 Let’s break it down. What is the twin flame magnetic pull, what does it feel like, what does it mean and how can it aid us on our journey?

The magnetic pull describes the bond between twin flames when they’re split between two bodies. This energy can both attract and repel but always exists as a guiding force to bring both mirror souls towards union.

It’s a (relatively) easy way to describe the pull between twin flames. The feelings of a connection that you just don’t feel with anyone else. Usually, it’s the first strange thing people experience and exactly this pull towards another person that brings them to researching the twin flame journey.

Why Do Twin Flames Feel a Magnetic Pull?

Let’s start with the easy bit. What is this pull and why do you feel it?

Twin flames are the strongest spiritual relationship any of us have. When a soul splits itself into two separate bodies it’s never entirely separate. It creates a magnetic pull between both halves sometimes described as a silver thread between the two of you.

An unbreakable bond (regardless of what it goes through) constantly pulling the two of you together.

This magnetic attraction isn’t started or triggered by either mirror soul it just is. It’s this connection that allows the transfer of energy, emotion and twin flame telepathy. It’s this bond that pulls the two of you together against all the odds.

I’ve heard from thousands of people on their journey (and I’ve gone through my own) and I’ve seen mirror souls overcome some truly incredible odds to reach union together. This magnetic pull gives us guidance for this to happen. 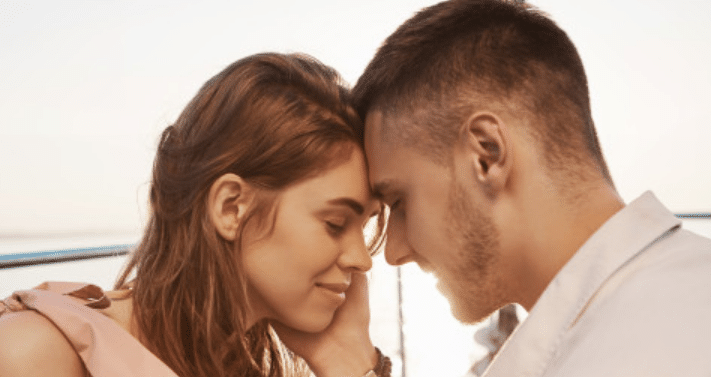 Do Both Twins Feel It?

I know you all hate it when I answer questions like this but bear with me – because this is important to understand.

On some level, both of you are completely aware of this connection. Even before you ever physically meet in this lifetime the pull between the two of you is felt.

Normally at least one (if not both) of you have no idea what a twin flame is. The pull just feels like something is missing from your life. Like a pit in your stomach or a yearning for… something. It’s hard to describe in words because it’s hard to put your finger on exactly what it was but (if pressed) I’d call it overall boredom with everything else in your life because you feel like that one something is missing.

Often (and here’s the problem) it’s not even obvious that something is another person.

So technically both twins feel the pull – but they don’t necessarily know what they’re feeling. The twin flame connection can manifest in many different ways – especially within the less spiritually evolved twin. They’ll feel a pull but they’ll try to answer that empty feeling with whatever they think they need. For example: 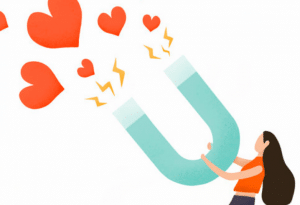 You’ve probably heard me (or someone else) say this before but there’s a reason for that. No two journeys are ever exactly the same and that magnetic pull can both attract and repulse.

One of the most common trends which you will almost always find in a twin flame journey is your first meeting will always stand out in some way. The magnetism between two souls is more than just your eyes meeting across a bar. It’s like getting hit by a freight train.

But it’s not always going to be a great first encounter. Remember, this magnetic force can both attract and repulse.

This magnetic attraction pulls you together before you ever meet and after you separate. This most often results in an intense attraction between twin flames when you first meet. Often an intoxicating feeling like you will never feel with any other person.

I’ve covered twin flame sex before as well because, again, that magnetic attraction is going to make it stand out from anything you’ve experienced beforehand.

This feeling is hard to put into words other than a rather unsatisfying “you’ll know it when you know it”. This kind of connection will stand out from anything else and it’ll go beyond the physical or even the emotional. This is a spiritual connection.

This kind of connection will awaken something within both of you. It’ll make you both want more. Sometimes that means you’ll both want more of each other but often it goes beyond that. You’ll want more for yourself and for each other. Over time this relationship will erode ego, promote healing and bring both of you to a higher level.

The twin flame journey goes beyond physical attraction, financial status or even common sense at times. This relationship is divinely inspired and greater than the two of you as individuals.

Sadly, it’s very rarely as you both meet, this attraction pulls you together and you’re immediately ready for union. In the vast, vast majority of cases, you’re going to spend a little time apart working on yourselves before you’re ready to truly be together. Commonly known as the separation phase, I suggest you read that guide if you haven’t already.

Twin flames might break apart and come back together many times throughout your journey. This same magnetism that pulls you together – can push you apart when you’re not ready for this kind of spiritual relationship to take that next step.

Sometimes (and I’d say this is rarer) even the first meeting with your twin flame can be met with magnetic repulsion. It’ll never be something you just don’t notice at all but that doesn’t mean you’ll instantly fall head over heels for them right away.

You might not get along at all and that energy will completely backfire in the early stages.

That doesn’t mean this isn’t a twin flame. It doesn’t mean either of you did anything wrong and (in some ways) it’s even easier to focus on your own healing during a separation phase if you don’t have the previous romantic experiences most have to face.

Why The Magnetic Pull Can Be a Problem

Overall this magnetic pull is a force to draw you both together and without it, the connection would be even rarer than it already is. The problem arises when it draws you together too soon as it often does.

If a twin flame connection happens before you’re both ready to take that next step then it’s going to trigger separation. While this leads to further growth for the two of you and is good for the long term – often it’s going to hurt.

After feeling this kind of attraction to the other half of your soul it can be incredibly painful to spend time apart from them. That in itself can lead us to further our own journey and eventually bring you both back together for union.

The problem arises when we let this pain of the pull distracts you from the work you need to do. It’s all to easy to fall into the trap of focusing so much on the pain or your twin flame that you don’t get focus on yourself and the process drags out.