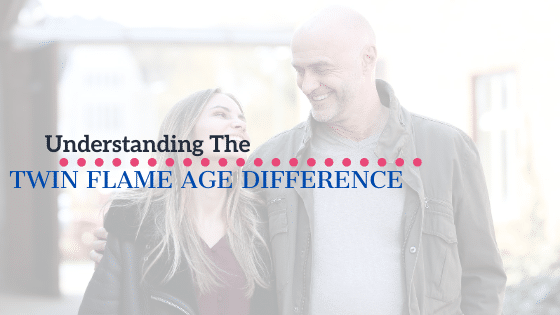 I’ve spoken to literally thousands of people on their twin flame journey and a twin flame age difference is probably more common than you were expecting. I’m genuinely surprised about the questions I get asked about age differences I think it’s time we look at it.

You’ve probably seen some surveys and deeper statistics around twin flame ages but I really caution against comparing your journey against another. The TL;DR of this whole subject really boils down to it doesn’t matter. I’m often saying learn as much as you can about the journey so it’s not often I say this but it really doesn’t factor in.

Twin Flames Signs: Age Difference What Does it Mean?

I completely understand why people find the age gap so strange because you maybe wouldn’t normally be attracted by someone so much younger or older than you. For many, it’s the first time you’ve ever experienced a relationship with such an age difference.

But twin flames are not normal 2D relationships.

While there’s certainly an argument to say age gaps don’t mean anything when it comes to two people being happy, I certainly don’t feel age on the physical plane comes into it at all when we’re talking about a relationship which spreads over multiple lifetimes.

As much as anything can be called normal when it comes to the twin flame journey I’d say an age difference is about as commonplace as it gets.

This is two parts of the same soul splitting apart and meeting together over multiple lifetimes. Race, religion, sexuality, gender and least of all age differences just don’t even factor in here. A younger man? An older woman? The opposite way around? It really doesn’t matter.

I’ve seen some opinions that an age gap can actually be a sign of a twin flame journey but just because it’s common doesn’t make it a sign. There are a lot of specific signs which can actually give us guidance on the journey but I don’t think the age gap tells you anything either way.

Why Do Twin Flames Have an Age Gap?

It can absolutely be frustrating and cause problems (which we’ll look at in a moment) so, while I completely understand the question I’m afraid the answer is not going to be satisfying.

This journey is rarer than you might think. It’s entirely possible for neither twin to be incarnated at the same time at all. You can (and likely have) gone through entire lifetimes without ever even meeting at all.

This journey goes so far beyond our normal understanding of a relationship that age isn’t going to mean anything on that level. If you make it through this journey and reach union with your twin flame. This is why when I cover things like how to find your twin flame something like age gap isn’t even mentioned. 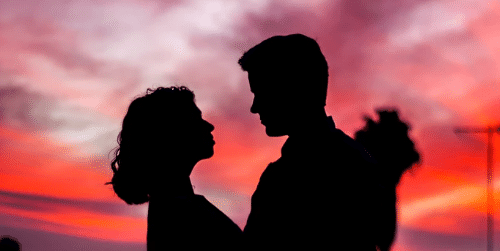 Is Your Twin Flame the Same Age as You?

I’m sure it has happened that two twin flames are exactly the same age but it’s certainly not common. The age difference really isn’t a sign of something one way or another.

Not all twins have a big age gap. The majority of people I speak to are usually no more than a few years apart but one way or another, it’s not something you really need to worry about.

Do Twin Flames Have the Same Birthday?

You might well see patterns with your dates of birth and you should (if you haven’t already) look at twin flame number patterns which are common across almost all journeys.

Can Age Gaps in Twin Flames Cause Problems?

While as a sign an age gap is meaningless it sadly can cause problems.

The twin flame journey already doesn’t fit into our societal understanding of how relationships ‘can’ or ‘should’ be and trying to explain the level of connection you’re going through will usually be met by confusion at best. If you add an age gap on top that you have even more pressures to overcome on an already difficult journey.

Internally, the age difference won’t matter at all to either of you once you reach a stage of awakening and acceptance of each other but getting there is often going to be met with more resistance from those around you.

Dealing With This Age Gap

I’ve spoken to a lot of people who struggled with the age gap in their journey early on. Unfortunately, there’s no easy advice here other than focus on the path ahead of you.

There are only a few years age difference between me and my twin so I don’t speak from personal experience on this one however I have seen a lot of twins overcome even a big age gap. There was no trick to it, once a twin flame connection reaches the stage you’ve both accepted one another as your mirror soul, a small thing like an age gap isn’t going to hold you back from union.

If you’re struggling on your journey, take a few minutes to tell me about the details (including the age gap) and get a twin flame reading.