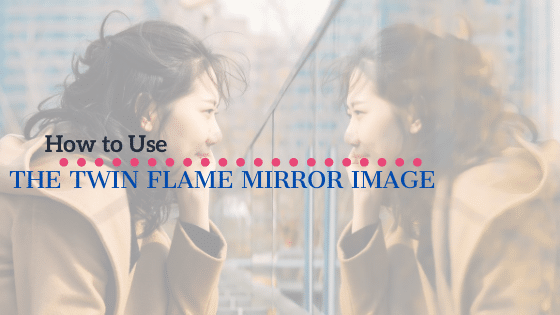 Alright, we’re going to have to buckle up a little for this one. The twin flame mirror image idea is a little complicated, plenty of people disagree with the meaning but it’s incredibly important to understand.

Trying to sum it up as easily as I can – The twin flame mirror image (or twin flame mirroring) is seeing something in your twin flame which is really a reflection of yourself. You’re seeing traits, strengths and weaknesses in them but in reality, they’re mirroring yourself back to you.

Twin flames mirror feelings and emotions constantly between each other.

A twin flame mirror image is the idea of seeing yourself in your twin flame. Parts of this can be wonderful but it can also expose problems that we don’t want to see in ourselves. Properly using the mirror image side of the connection can help bring is closer to union so it’s important to understand.

Don’t worry too much if that doesn’t make sense yet. I’ll go over an example of where you’ll likely see it happening and what you can do about it.

What Does It Mean to Mirror Your Twin Flame? 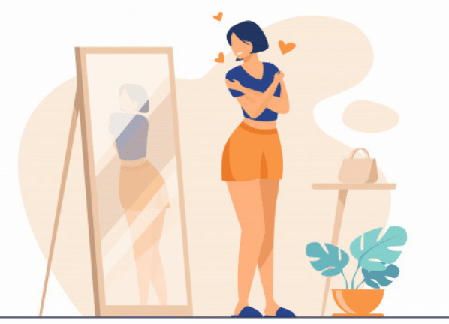 This is one of the easier examples to see. I’ve spoken about twin flames telepathy before and we’ve covered that emotional link.

Out of seemingly nowhere you might have waves of emotions from complete euphoria to stone-cold depression. You could be doing nothing more than sorting your socks and be overcome by a wave of arousal or excitement.

This is an example of mirroring your twin flames’ emotions. This connection between the two of you can share many things and emotion is one of them.

This doesn’t mean you’ll both constantly feel the same way. The more extreme the emotion – the more noticeable the mirroring will be.

This one is a little… less fun and generally harder for some people to accept. This is where we start getting a little deeper and we might have to accept some unpleasantness about ourselves. This is what it takes to reach union with our twin flame though, it isn’t all fun and games.

If you’re in the early stages of your journey and you’re going through a separation stage. If your twin flame is doing something you consider wrong. They’re annoying you, not acting the way you’d expect them to act or (the common example) they’re entirely running from your journey – it can be incredibly easy to think they need to change their behavior.

It’s very likely your twin flame is just mirroring your own unreadiness back at you. I’ve said this before (and I’ll probably have to say it again) it can be easy to feel like the twin flame runner is the one not doing everything they can to bring you into union.

The truth is (it always is) that if you’re not there yet then neither of you are ready yet. It’s not all on them or you.

But twin flame mirroring is not there to try and make you feel bad. When you see the positive traits in your twin flame these are a reflection of you too. Plus it can be an incredibly powerful tool to getting you both closer to union.

We often hear terms and advice like “know yourself” or “self love” but humans are not wired to really see the truth in themselves that easily. It’s incredibly difficult to truly know yourself because we constantly tell ourselves these little lies.

We all do. That’s just part of being human.

These little lies don’t hold up to a twin flame connection, however. Your twin flame is you. It’s the other half of your soul in another body. You can’t hide the truth from them the same way as they can’t hide it from you.

Rather than ignoring the unpleasantness of seeing your own problems laid out in front of you – we need to use it. That brings us to the mirror exercise.

What Is the Mirror Exercise for Twin Flames? 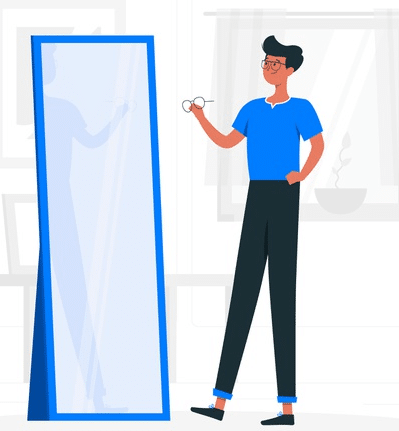 I’ve seen a couple of different variations of mirror exercises but the basic idea is always the same. It’s a way to use this connection between the two of you and use mirroring to help bring you both closer to union.

In order to reach union you have to accept yourself and your twin flame. As a couple and individually. The positive and the negatives. We’re talking true unconditional love here. No more running away from ourselves or our mirror image.

The mirror exercise helps you find and deal with the areas you need to focus on to help both you and your twin reach union. Sometimes it can be rough to go through but the results can absolutely be worth it.

Morring Sucks Which Makes it Awesome

Nobody likes hearing me talk about twin flame mirroring. It’s not as fun or sexy as using astral projection or meditation to work on yourself. But it’s so damn useful.

Twin flame relationships are honest. You can lie to yourself but you can’t lie to that connection. Sometimes that makes us face things we’d really rather not face within ourselves but this is exactly what it takes to take that next step together.

Don’t fall into the trap of thinking it’s all on your mirror soul. No matter what they are doing union will only happen when they focus on healing themselves and you focus on healing you. It’s easy to just blame them and scream at the universe but the moment you start actively working to improve yourself that mirroring works in your favor – they’ll start mirroring and working on preparing themselves for union as well.

If you want further guidance, take a few minutes to tell me about your journey so far (including any mirroring) and get a twin flame reading.