Why is one person the awakened twin flame? Which twin knows first and why?

It can be tough when you’re the awakened twin flame and the other doesn’t seem to have a clue about the journey you’re on. We talk a lot about what you should do at various stages and dive deeper into some of the specifics but I seem to get asked why this happens an awful lot. It worries me a little that this comes up so often because I think it’s where a lot of people get easily stuck in their journey.

On some level, both twin flames know exactly what’s going on in their journey but that isn’t always reflected in the 3D. One person is the awakened twin flame because they’ve chosen to be before either of you started this lifetime. All of this was planned out already between you and your twin on the 5D.

But trust me, even the unawakened twins do their work in that asleep mode. I was the unawakened twin for 12 years and the work I was doing in that unawakened phase too contributed to my progress later when I started awakening. In fact, twins who stay unawakened for a long time take the RAPID COURSE when they start awakening while the early awakened twins usually stick to the GRADUAL COURSE. Sometimes you may be surprised at how your twin flames who awakened much later after you can offer you guidance on your path.

What to Do When You’re the Awakened Twin Flame

So what do you do when you’re the awakened twin and it feels like they don’t (or won’t) understand the journey you’re on together?

First of all – accept that it’s going to be frustrating. Because it is. There are absolutely things you can do to help both you (and your twin) further your journey together but it’s not going to be an overnight process I’m afraid. Twin flame healing is the only path to a true union and there’s no magic button that is going to do this for you.

Often when one twin is awakened they’re going to be far more aware of the journey. This is partly a good thing (one of you needs to be in the driving seat) but this often comes with the emotional, spiritual and sometimes physical pain of feeling cut off from the other part of your soul. It can be frustrating that they don’t seem to understand and you lack the support you want the most during one of the most painful stages of the journey.

I’ve covered the twin flame runner awakening before and the signs you can look for when it’s happening but (and this is important): Don’t fall into the trap of just waiting for it to happen. This is the biggest mistake I see from people on the twin flame journey (and I speak to a lot).

If you’re feeling completely stuck on your journey then take a few minutes to tell me about your journey and get a twin flame reading. 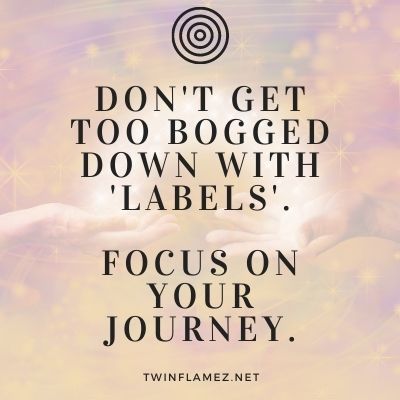 Can You Make Them Awaken?

The question I usually hear now is can I make my twin flame awaken?

Often in the twin flame community, we have one person who considers themselves the awakened one and they’re just waiting for their mirror soul to ‘wake up’. This is why I don’t actually like the terms ‘awakened’ or ‘un-awakened’. Whether you want to call it a twin flame journey or not, whether you know what even is it doesn’t (really) matter. It’s completely possible for two people to reach union together without ever hearing the words and I’ve no doubt it’s happened.

In fact, neither you nor your twin have much control over the experience or journey at the early stages. Your higher selves are the ones calling the shot and not the conscious you currently reading this. There are things you can do to help things along (read that guide on healing) but they’re rarely what you’re expecting and it’s almost always about focusing inward and nothing about them at all.

As twin flames and mirror souls you essentially have an agreement together. You’ve agreed to meet in this lifetime in the 3D and your higher selves are fully aware of what this journey entails.

That doesn’t mean it’s going to be easy. It doesn’t mean the pain you’re feeling is not valid or you don’t have the right to feel pain during the tough stages. It does mean there’s a reason you’re going through it, however. The journey is to prepare the two of you to be something more. Often, this difficult stage is part of that journey.

Your twin is not acting this way because they’re afraid. It doesn’t mean they’re a false twin flame or your twin flame journey will fail.

It simply means you still have work to do. You’ve both agreed you need to heal old wounds and this is what it’s going to take to get there. I know this is going to sound harsh and it’s often not what you want to hear but this is what gets you unstuck. Don’t worry about your twin not getting it or doing the wrong thing. If your twin isn’t ready – it also means you’re not ready either. The sooner you can accept this – the sooner you can start to move beyond this stage.

You’ll hear people disagree over the nature of twin flame roles (and the use of the roles themselves). I use the common labels because it helps people understand what I’m talking about but here’s the important thing we often forget.

There are no hard-set rules for your journey. Not every journey will have a runner, a chaser and these roles can absolutely change over time. Just because you’re currently the ‘awakened’ twin and feel like you’re doing all the hard work that doesn’t mean this is the way it’s going to stay.

I speak to a lot of people on their journey. I’d hazard a guess and say more than most. By forgetting these labels and focusing on yourself, focusing on healing and forwarding your journey you’ll forget about trying to work out who has what role. Often doing this, you won’t even notice when it reverses and your twin is the one trying to figure out why you don’t “get it”.

You’ll both see triggers, mirroring and twin flame number patterns. Allow these external signs to guide you because they’re messages from your own 5D selves and the universe. Don’t allow labels and other people’s opinions to tell you how your journey can or should be working.