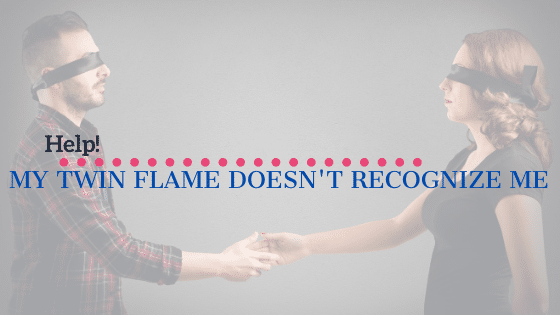 There are so, so many reasons you could feel like my twin flame doesn’t recognize me and, as with most things on this journey, the answer is rarely simple. I’ll make sure we cover all the bases here but bear with me and don’t jump to any conclusions too soon.

The initial meeting between twin flames isn’t always attraction. I’ve spoken to literally thousands of people on their journey and I’ve seen that initial energy do all sorts of things. Some will see early romance and physical attraction while others will have a screaming match with each other within 5 minutes.

Why Does Your Twin Flame Not Recognize You?

I’ll get into more detail on this but there’s a couple of possibilities which could be happening:

I’ve covered twin flame failure in the past and (to put it bluntly) while it’s entirely possible for a twin flame journey not to work out in a single lifetime – it’s not possible for you both to not notice anything. If this is your twin flame they’re going to know it on some level.

But on the first meeting (or even in the early stages for that matter) that doesn’t mean they’re going to react how you might expect.

Does My Twin Flame Not See These Signs?

There are a ton of internal and external signs which might start before you ever meet but will almost always become more frequent.

The problem is your twin flame doesn’t always know what these mean and they’re probably not even consciously aware of them.

The vast majority of my readers (meaning you) are the more spiritually aware twin. You’re more likely to notice these signs (and recognize your twin flame) because you’re further along the path than they are.

The truth is, on some level they do recognize you. Whether they’re consciously aware of it or not but that doesn’t mean they understand what they recognize. It’s very rare that both twins know of the journey they’re on when they first meet.

Some level of them knows exactly what they’re dealing with – but their reaction is just as likely to be fear as it is love or attraction.

Why is My Twin Flame Scared of Me?

If you haven’t already, I really do suggest reading the twin flame separation guide.

The short version: they don’t technically fear you. They just don’t know what they feel.

The short version is their first reaction to you can be described as a spiritual fight or flight instinct. Even though you might understand what a twin flame is doesn’t mean either of you are ready for union or that they’re even ready to understand that kind of connection.

This kind of energy doesn’t fit into their understanding of what a relationship should be. Even the bravest among us fear what we don’t understand and when they don’t understand what they feel about you it can very much feel like they’re scared of you.

How Do You Get Them to Recognize You? 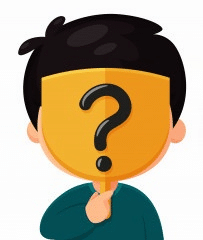 Now here we have the million-dollar question.

The bad news is there’s nothing you’re going to do which is going to have them automatically recognize you overnight but (although it won’t seem that way) this can actually be a blessing.

While it can be painful for your twin to not seem to get it I can tell you from first-hand experience it’s so much worse when you do come together too early. There’s no short cut in the twin flames journey and while there’s plenty you can be doing to help things along there’s nothing which is going to sort things overnight.

This is a journey for the long-run.

The good news is – the same process to getting them to recognize you is doing exactly the things you should be doing to ready yourself (and them) for union. I’ve already covered the complete guide but the short version is to focus on yourself and on your own spiritual goals.

Keep the lines of communication with your twin open and honest (open them if they haven’t already been) but the focus here should be inward and on yourself at this stage. Further your own spiritual path and your twin will follow suit. If you want further guidance, take a few minutes to tell me about your path so far and get a twin flame reading.